Failsafe policies determine which execution results or failures to handle and how to handle them. By default, policies handle any Exception that is thrown. But policies can also be configured to handle more specific failures or conditions:

They can also be configured to handle specific results or result conditions:

Policies can be composed in any way desired, including multiple policies of the same type. Policies handle execution results in reverse order, similar to the way that function composition works. For example, consider:

The same statement can also be written as:

These result in the following composition when executing the supplier and handling its result:

The process for executing a policy composition begins with Failsafe calling the outer-most policy. That policy in turn calls the next inner policy, and so on, until the user-provided Runnable or Supplier is reached. A result or failure is returned back through the policy layers, and handled if needed by any policy along the way. 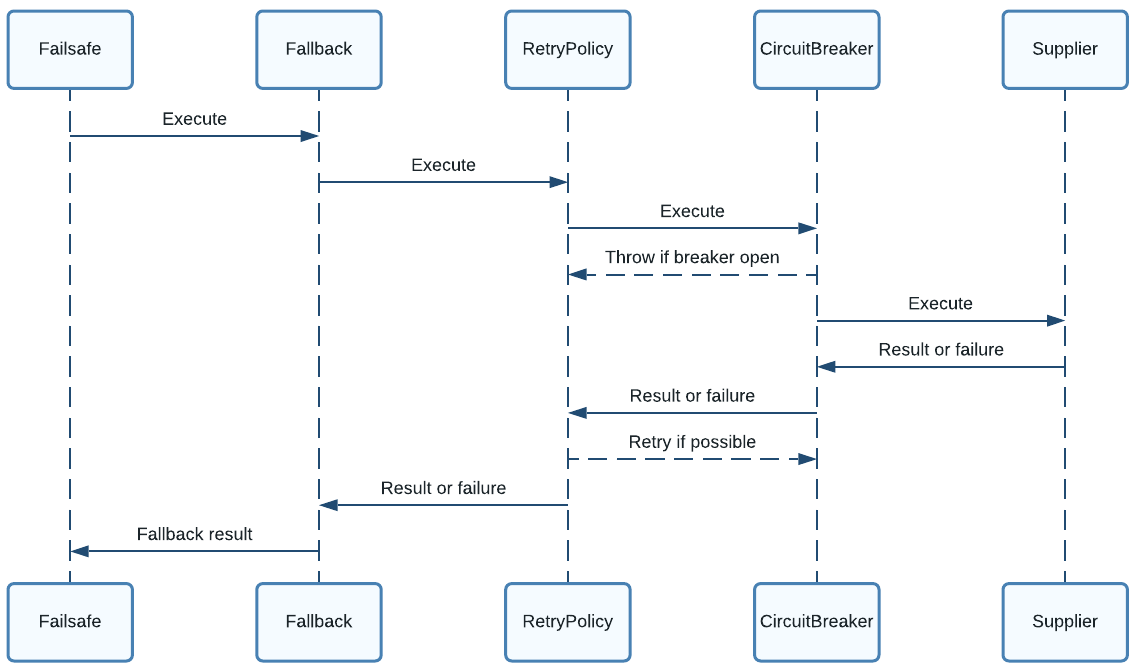 That said, it really depends on how the policies are being used, and different compositions make sense for different use cases.

Read about the built-in policies that Failsafe supports: